Does breastfeeding really belong on the school curriculum?

The idea of introducing breastfeeding to the UK school curriculum has once again hit the news and is, of course, receiving a varied reception. But should the idea be taken seriously? The answer is, of course, yes. Just like children learn about any other aspect of biology, child development and social science, they should be taught how babies are fed and the impact this can have. Amy Brown,  professor of child public health at Swansea University writes in The Conversation.

In a tightly packed curriculum, it can be hard to justify any addition, but the fact is that we urgently need to change public attitudes to and understanding of breastfeeding and human milk. They contribute to the UK having some of the lowest breastfeeding rates in the world, and changing the next generation’s knowledge and attitudes is critical to improving this.

The UK – and many other Western countries – is not generally supportive of breastfeeding. Although most people might agree with statements that “breast is best”, they’ll follow them with several “buts”. At least a third of people in the UK think women shouldn’t breastfeed in public, or that a toilet is an acceptable place to feed a baby. Other stats show that although we may state breastfeeding is optimal, we think it makes little difference if babies aren’t breastfed. Our attitudes and logic are skewed towards formula being normal, which can significantly reduce the likelihood that women get the right support to breastfeed, risking the health of mothers and babies.

Of major concern is that these attitudes get embedded from a young age. Older generations are actually the most supportive of breastfeeding while up to 80% of students believe breastfeeding in public is not acceptable, with female students typically more critical towards breastfeeding than their male peers. This is likely compounded by the fact that less than half of teenagers have ever seen a woman breastfeed.

There is no simple way to change public attitudes to breastfeeding, but certainly educating the next generation is an important part. Children and teens learn about how babies are made, grow, and are born – why not how they are fed? Breastfeeding is part of the reproductive cycle but also fits with other areas of the curriculum, too. Students are taught about lifestyle factors that affect cancer risk, but rarely about the protection breastfeeding offers against female reproductive cancers. They are taught about family life, budgeting and caring for infants, but rarely about the money breastfeeding can save. They learn about history, politics and global health so why not the devastating impact formula promotion has caused in developing countries?

Some might roll their eyes and think no school pupil wants or needs to know about breastfeeding. And at first glance, maybe it’s not exactly Snapchat-worthy. But the science of human milk and how it works is fascinating. Emerging research suggests Hamlet, a component of human milk, may target and kill tumour cells. Another component, Lactoferrin, can kill e-coli. If human milk was a pharmacological product it would be all over the curriculum.

From a schools perspective, it appears that breastfeeding education would be well accepted. In one study, 76% of secondary school students agreed breastfeeding information should be part of the main curriculum. 88% thought it should be part of the child development module, 78% part of sex education, and 62% part of home economics. Teachers were also supportive of the idea, although as always were concerned about who would deliver the lessons – and it is essential that any content is created by someone with expertise in breastfeeding, and critically free from industry association.

But we know that education works. Teaching topics like this in schools improves knowledge and attitudes towards breastfeeding, and teens who hold positive attitudes to breastfeeding are more likely to want their own future babies to be breastfed.

Breastfeeding lessons should be woven into primary school curriculums too – at least to the extent that formula feeding already is. Young children feed dolls with bottles in the nursery. They are read books in which babies are bottle fed. They colour in pretty pictures where “b is for bottle”. Some might react in horror at the concept of breastfeeding being discussed with five-year-olds, but only because they have oversexualised it in their own minds.

We teach children all sorts about how their bodies work, and no one needs to sit down and formally teach them about the breast. Having books available where babies are breastfed, for example, can make all the difference in readdressing the balance. The Katie Morag books by Mairi Hedderwick, for example, have illustrations where babies are casually breastfed in the background. Not sensationalising. Normalising. 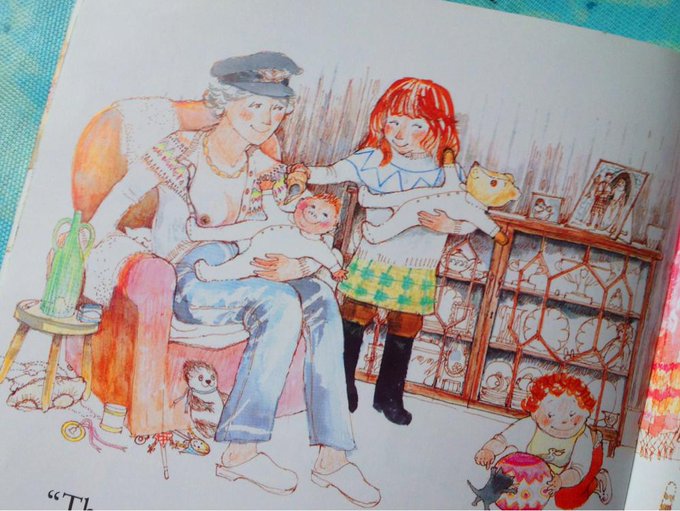 Of course, teaching children about breastfeeding and human milk is only one part of solving the major social challenge of changing infant feeding patterns. Public health must step up and invest in numerous areas, not least increasing professional expertise and support for mothers. But changing the next generation’s attitudes certainly plays a role in this.

As one participant in my research stressed: “Go into schools. Talk to the children before someone else gives them the idea that breastfeeding is something to be ashamed about and formula milk is normal.”

Do you think it should be introduced into the curriculum? Please tell us your thoughts in comments or via Twitter ~ Tamsin

Are you a trainee teacher, NQT, teacher, headteacher, parent or  just someone who cares about education and has something to get off  your chest in a Schools Improvement Guest Post? Follow this link for more details at the bottom of the page.

Don’t forget you can sign up to receive our daily email bulletin (around 7am) with all the latest schools news stories. Your details will never be given to anyone else and you can unsubscribe at any stage. Just follow this link.

Let us know what you think... Cancel reply

Enter your email for a daily update of the latest schools news and ideas. No spam and you can unsubscribe at any time.

Tweets by SchoolsImprove
This site uses cookies: Find out more.